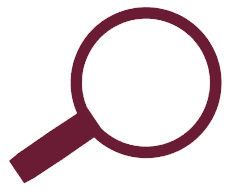 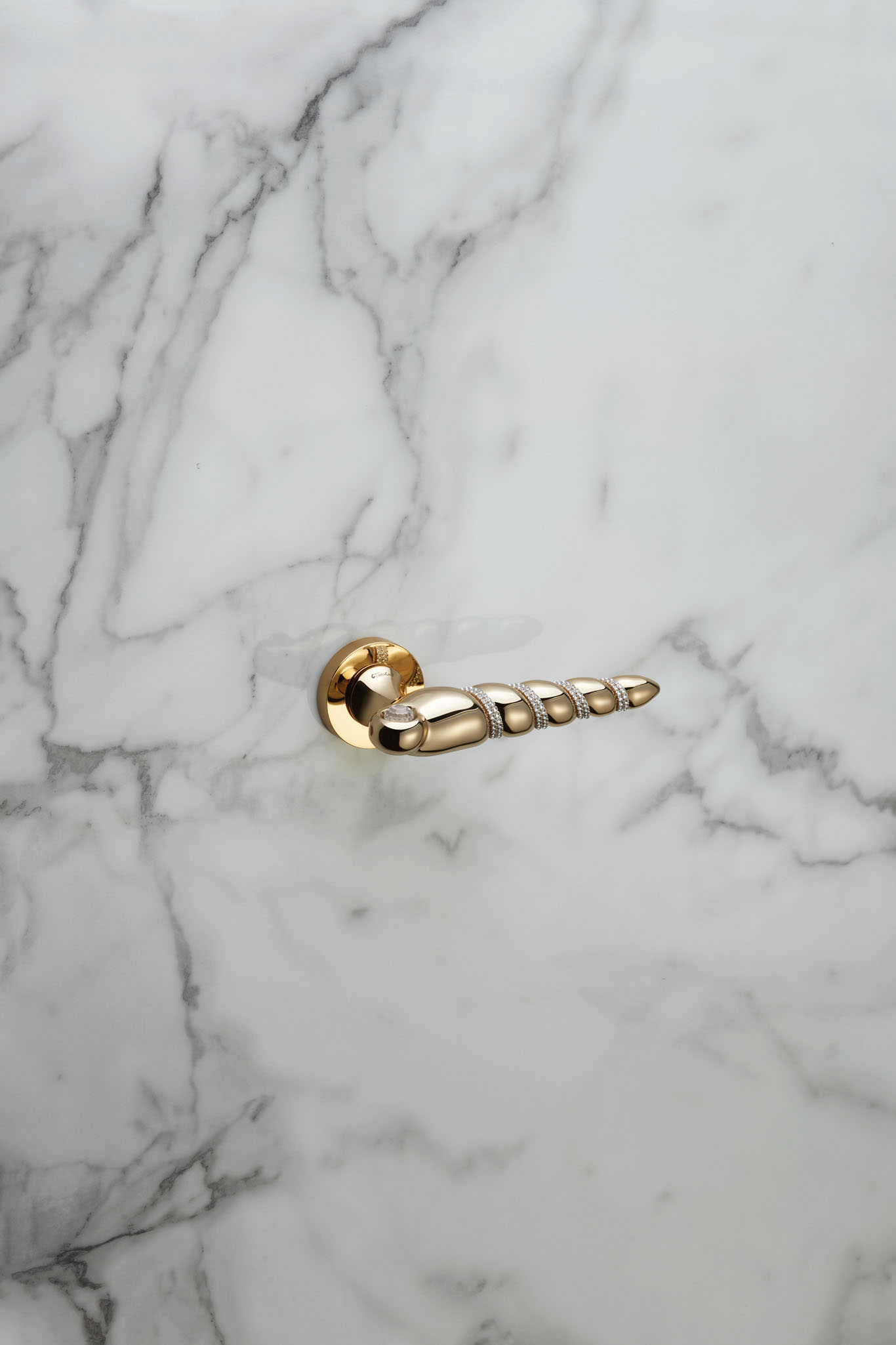 A jewel from an old treasure chest discovered on a desert island, embellished with a torchon of Swarovski® crystals. 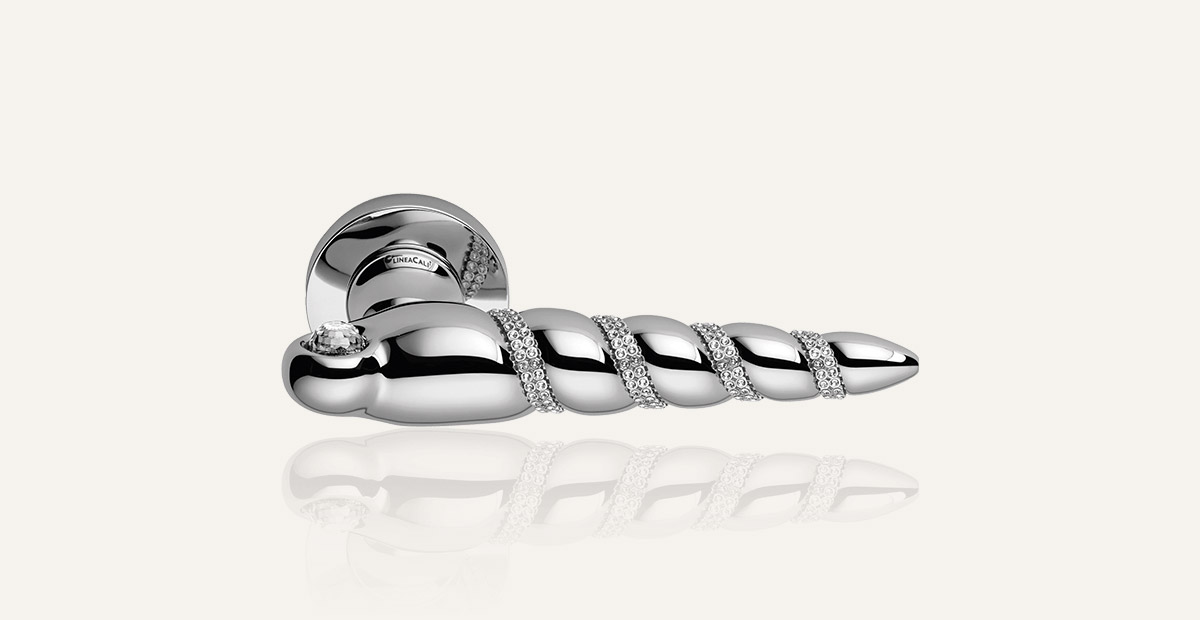 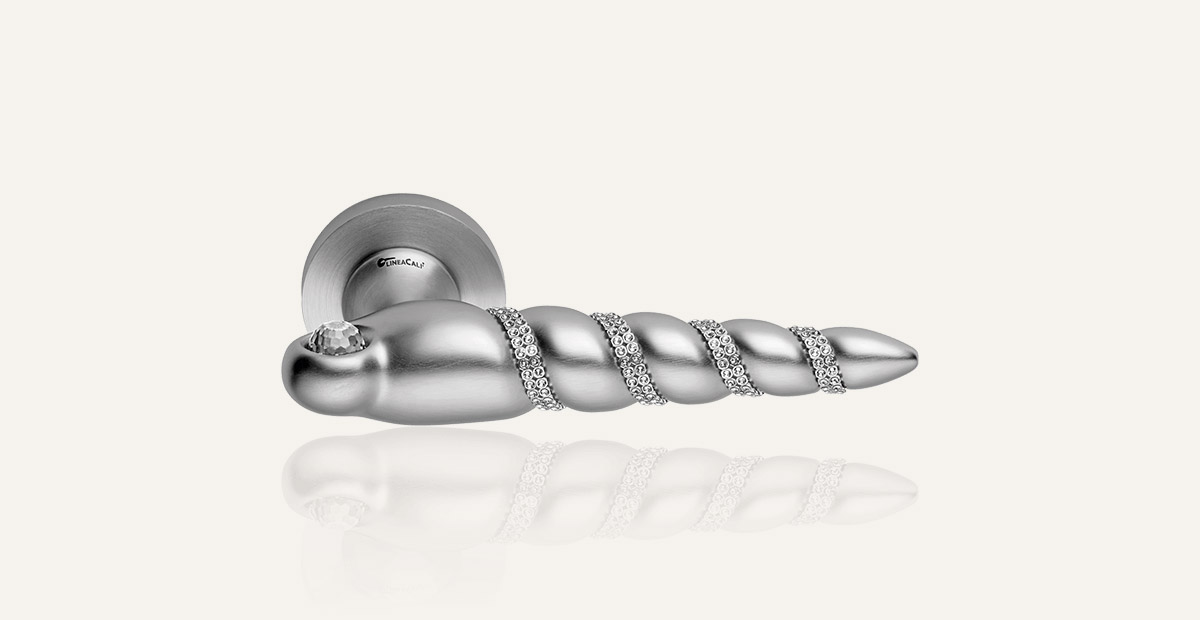 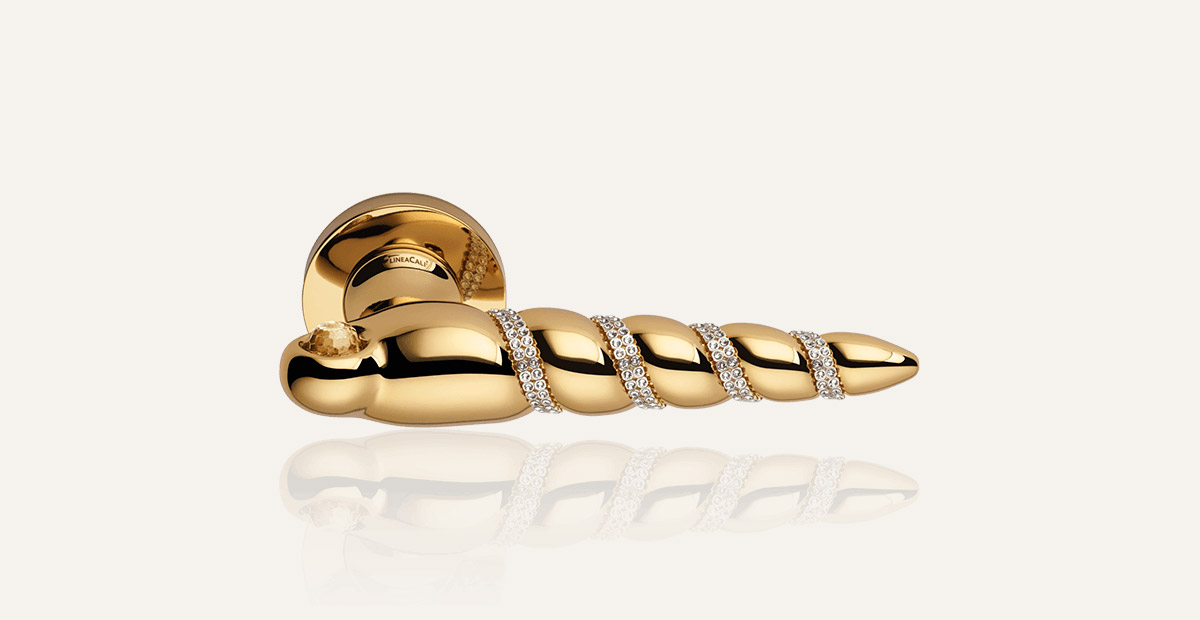 The Shell Mesh window handles are equipped with the innovative SmartBlock anti-intrusion system that protects against theft and aggressions.

See how it works. 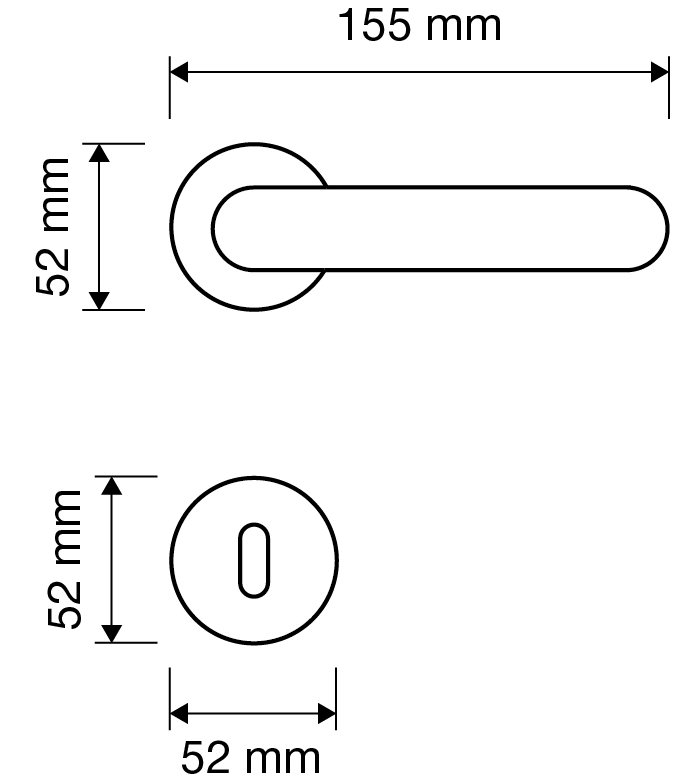 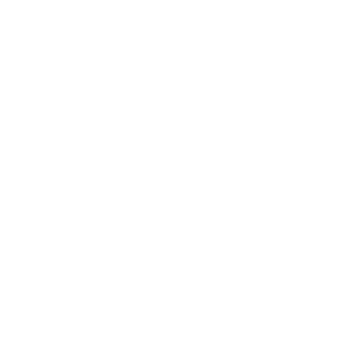 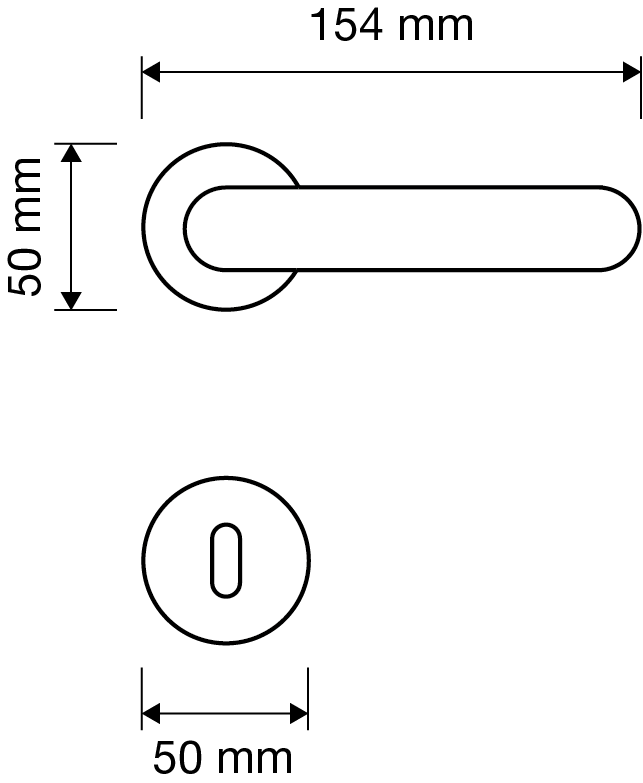 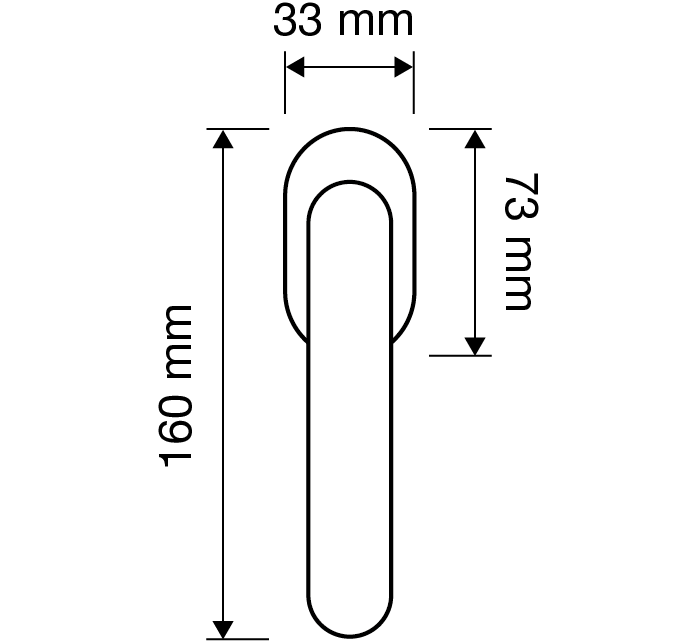 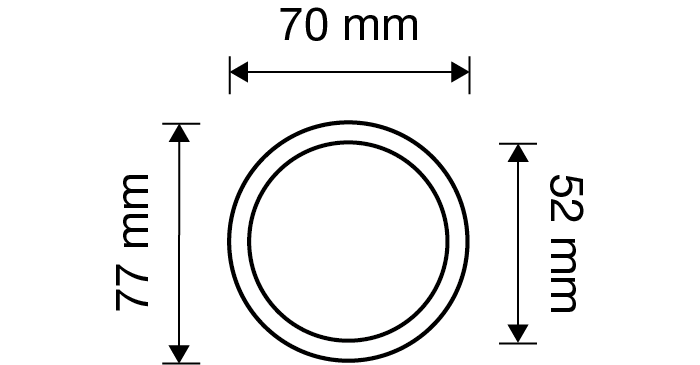 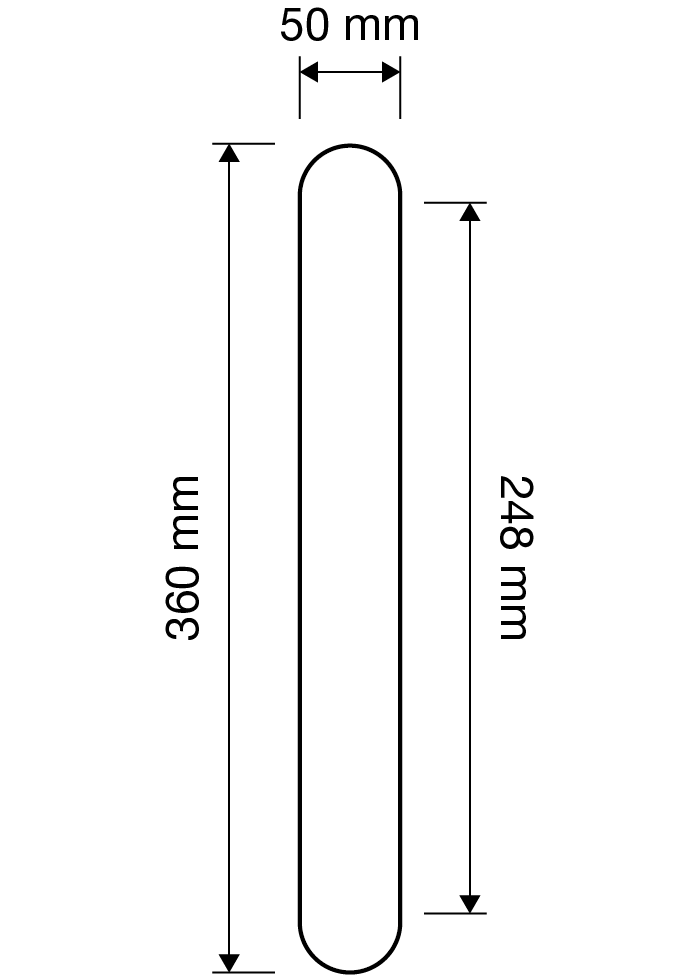 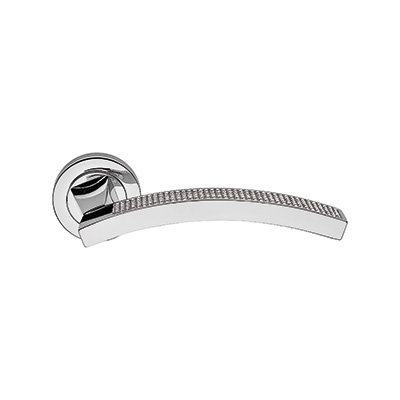 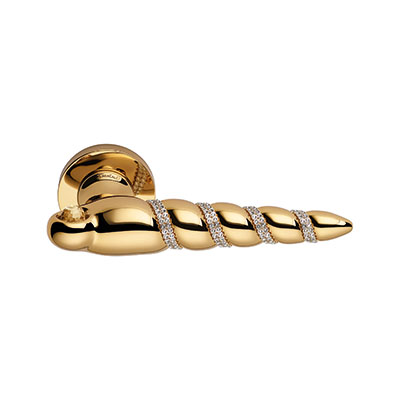 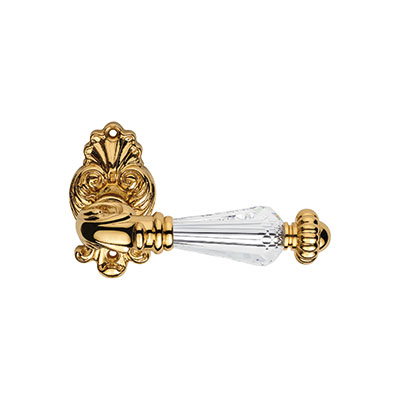 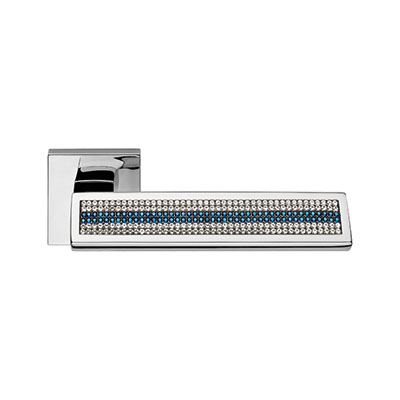 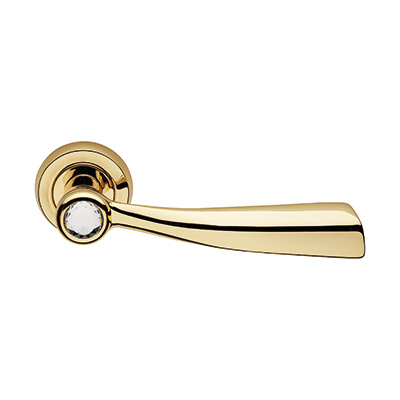 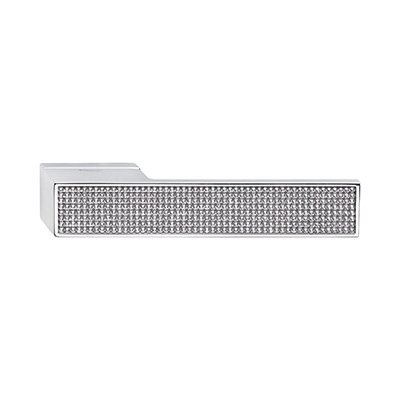 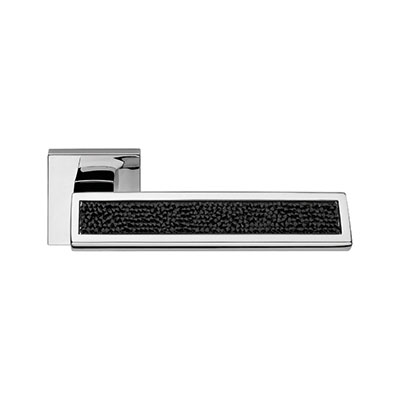 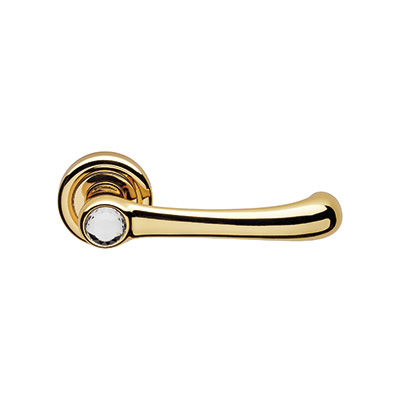 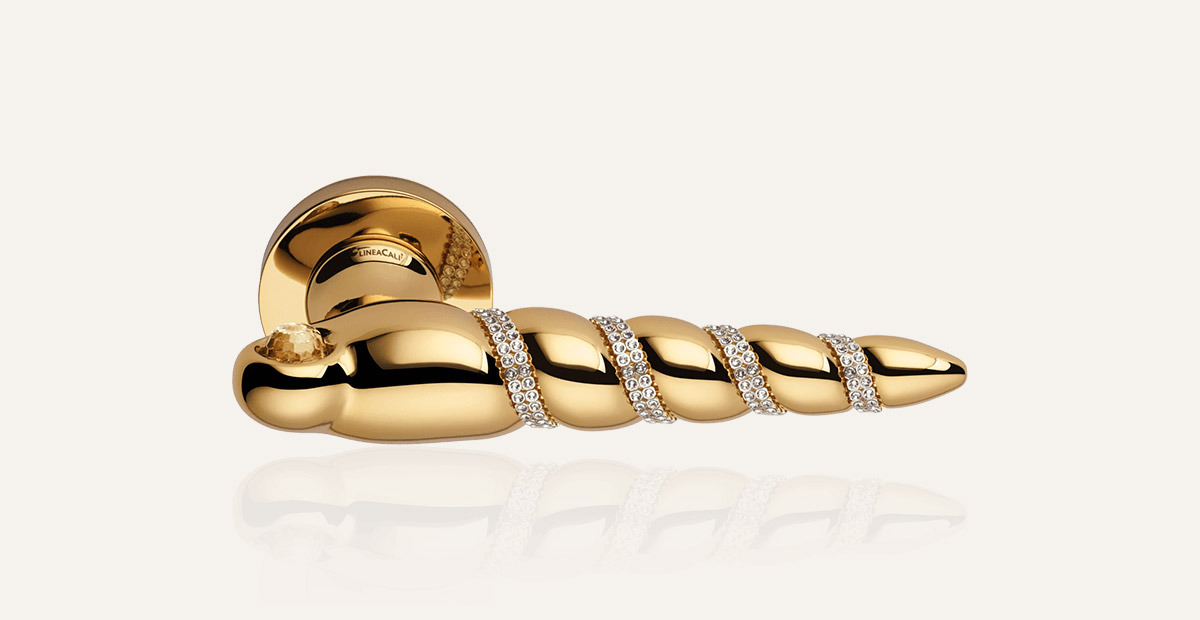 Due to the success of the very original Shell-Mesh collection, it has been enriched with two new models: a large handle and a door knob.

The first is characterised by a particular form that resembles the very rare shell “Ebala Gracillima”, discovered in 1869 by De Folin in the Gulf of Gabes (Tunisia). A large Swarovski® crystal set in the upper part reflects the colour of the finish, which is also available in gold, whereas a strand of crystals is wrapped around it making it shine in its own light.

The door knob, on the other hand, has the form of another rare shell: the “Lurifax Vitreus”, discovered recently by Warén & Boucet in the central Tyrrhenian sea. The new door knob is characterised by a jutting tip with a precious Swarovski® crystal, that “illuminates” the forms and makes it even more precious. 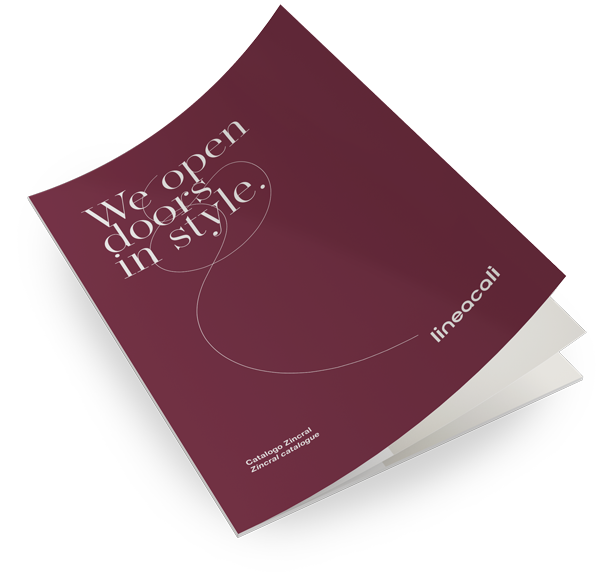 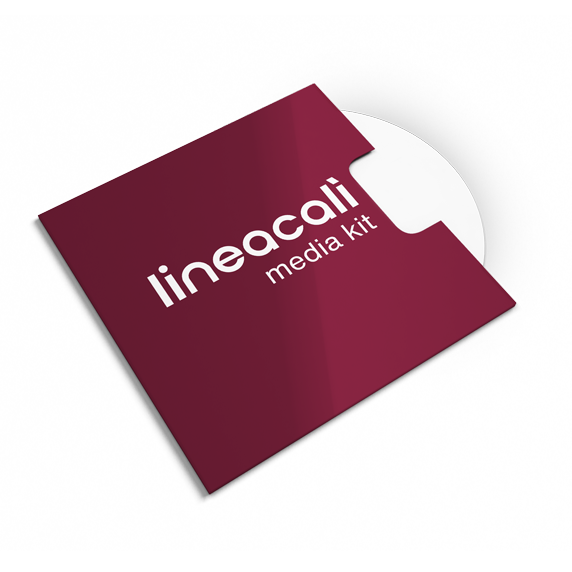 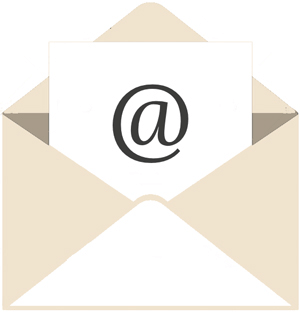 I want to receive a catalog

I want to receive a price-list.

I want to know where to find the nearest seller.

Made with love by Studio Creativo Fantàsia